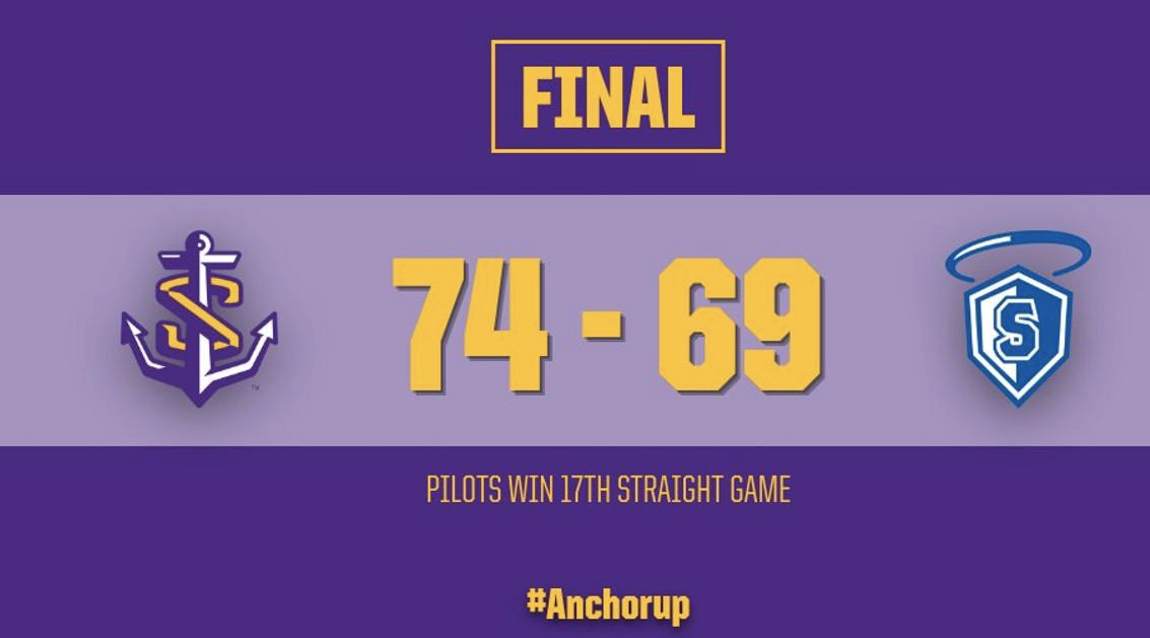 Once again, our LSUS Women’s basketball team never fails to impress and emanate success. The Lady Pilots bring home yet another win after a close battle against Our Lady of the Lake University. The home victory of 74-69 earned the ladies their 17th consecutive win, according to LSUS Assistant Athletic Director, Tyler Moody.

Statistically, the two teams shot almost identically over the course of the game. After the first quarter, the Pilots were only up by two baskets, leading the scoreboard 18-14, according to Moody. The second quarter came around and the Saints swung the score in their favor by one point, ending the half 35-34. LSUS cranked it up in the next quarter, scoring more than a third of their total points scored throughout the match. With six minutes left in the final stretch, the Pilots saw an 11 point lead, their largest lead of the game. The Saints would proceed to go on a scoring run and lessen their deficit to one point. Angel Reese came through with a clutch field goal, with Tyler Jacob securing the win right after with two points from the charity stripe.

Moody added that in the showcase, we saw some top-notch performances from the likes of Fu’Tra Banks, Angel Reese, DeAuja Thompson. All-American athlete Fu’Tra Banks shot 10-14 from the field, and appeared across the board scoring 23 points, grabbing nine rebounds, getting three blocks, three steals and earning two assists. Reese earned 14 points and eight rebounds, shooting 71% from the field and 80% from the free-throw. Thompson was also productive on the offensive end, scoring 15 points, and earning a block and two steals.

Moody added that this victory brings the Lady Pilots current season record to 10 wins and no losses or draws, while their record remains 4-0 in the Red River Athletic Conference. For more information on LSUS sports and athletics, visit lsusathletics.com, or visit almagestlsus.com.