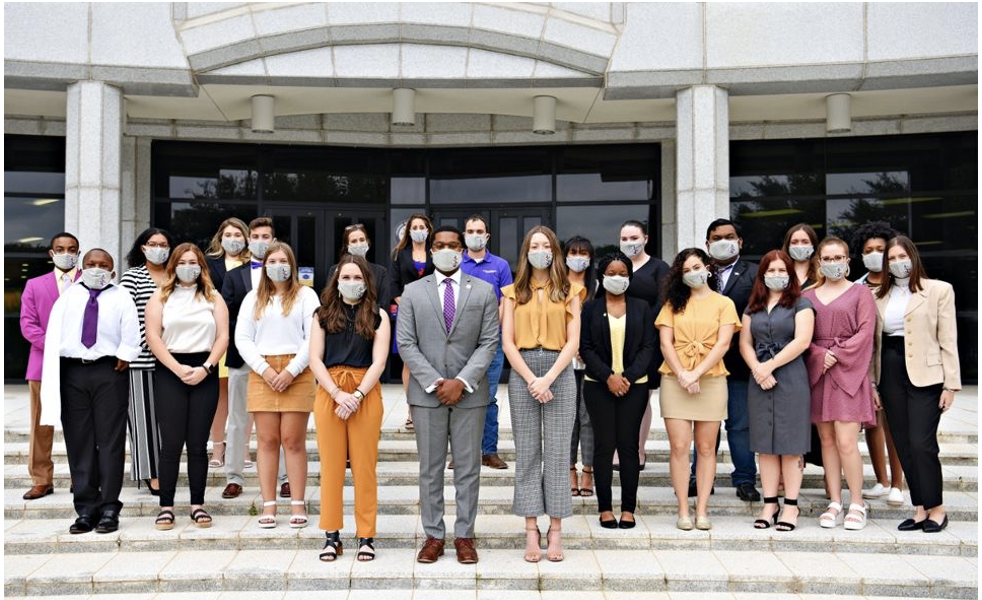 As this school year is coming to an end, recruitment and officer elections are taking place within organizations across campus. Since two of the three Student Government Association officers are graduating seniors, and one will be graduating in December, it is now time for three new leaders to fill the positions of Student Body President, Vice President, and Secretary. Elections are taking place on Moodle starting April 19 through 21. Meet the candidates for LSUS 2021-2022 SGA President: 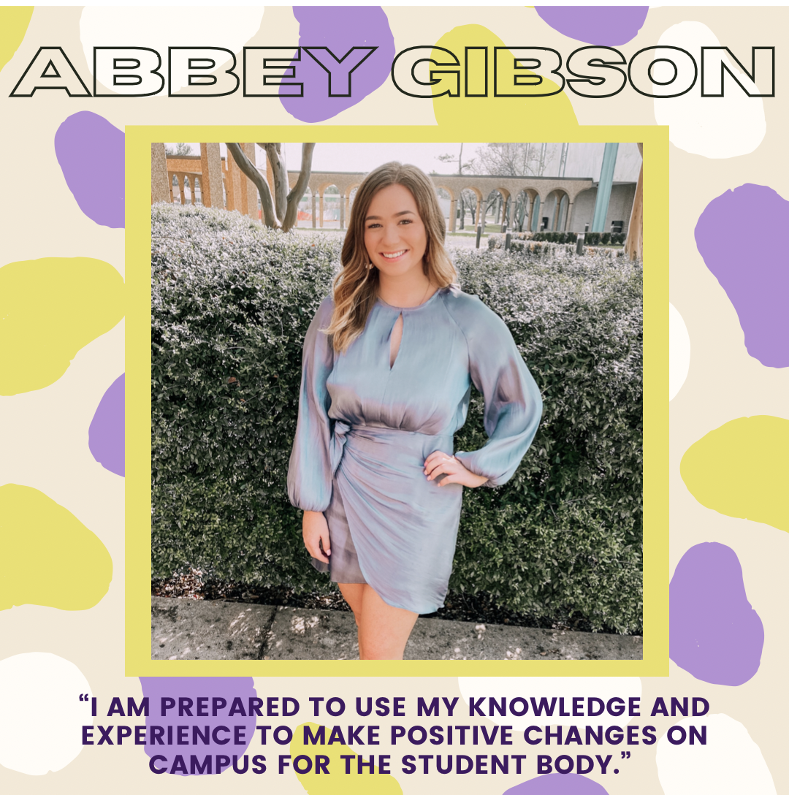 Abbey Gibson is a junior majoring in Community Health. She is from Haughton, Louisiana. She says that she joined SGA to amplify student voices for change. While serving as the Chair of the Student Affairs Committee in SGA, she is also an officer in Phi Mu and a member of National Society of Leadership and Success (NSLS) and Order of Omega. Abbey has spent her time campaigning by interacting with students outside of the UC and Bronson Hall passing out donuts before class and scantrons for finals week. Abbey promises to be a positive leader while boldly and proudly representing the voices of students at LSUS. 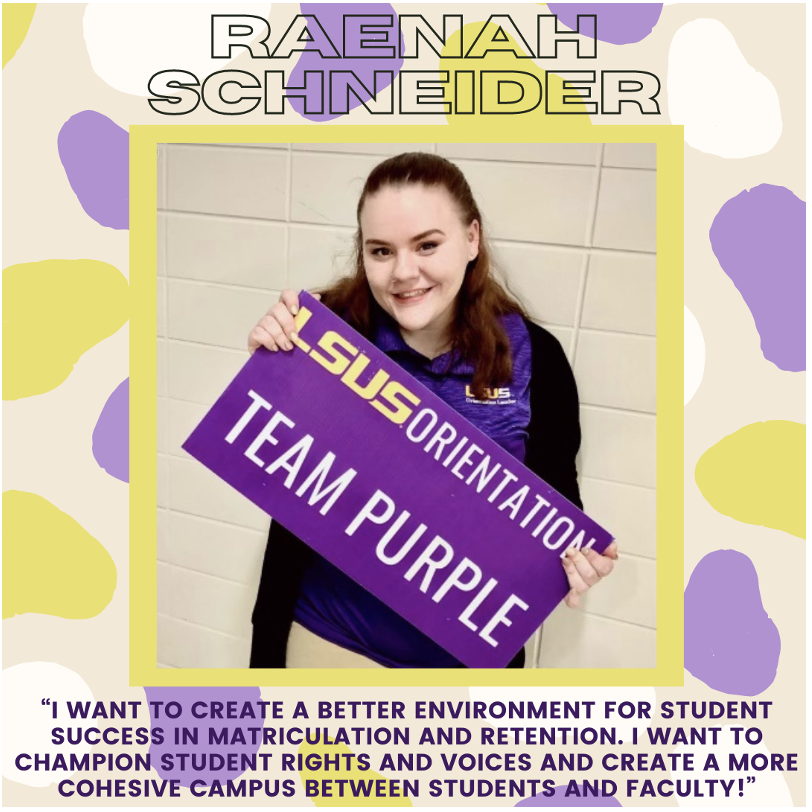 Raenah Schneider is a senior (graduating in December) majoring in General Studies. While serving as the Chair of the Marketing Committee in SGA, she is also a Senior Student Ambassador in the Admissions Office, a second-year New Student Orientation Leader, and a member of NSLS, BSA, and CNAS. She has spent her time campaigning by interacting with students inside of the UC and in the Admissions Office, as well as creating a Snapchat geotag featuring herself and “#readyforraenah.” Raenah said she is humbled to be a servant to LSUS students. 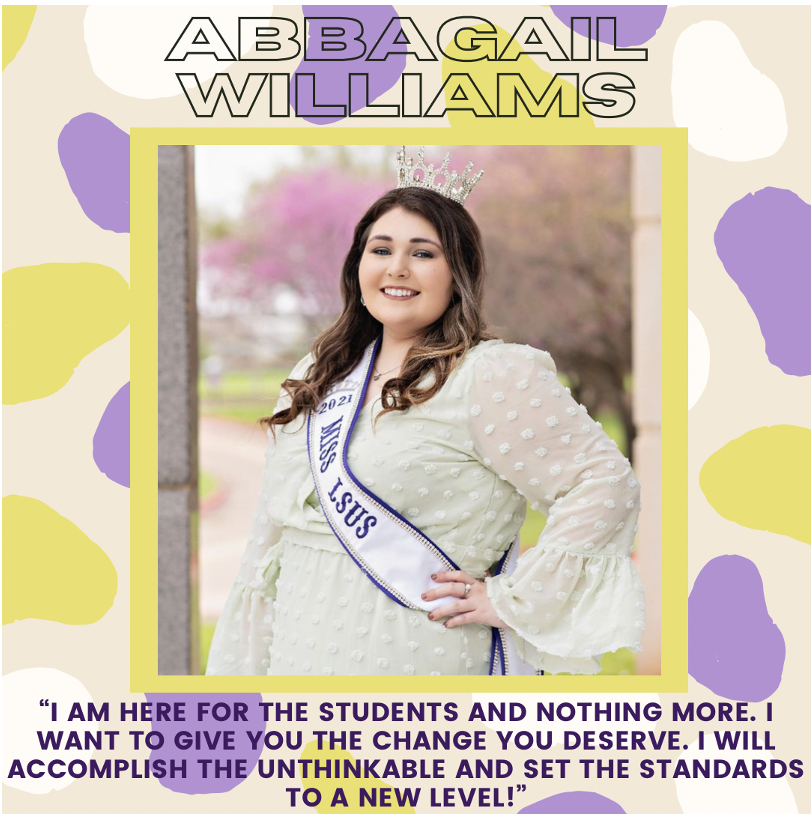 Abbagail Williams is a junior majoring in Criminal Justice. She said she believes everyone deserves to be heard. While serving as a member of the Marketing Committee in SGA, she is also a member of SAB and Phi Mu, a student worker on campus, and the 2021 Miss LSUS.

There is only one candidate for both the SGA Vice President and Secretary positions, so they are the official incoming 2021-2022 VP and Secretary. Let us introduce them! 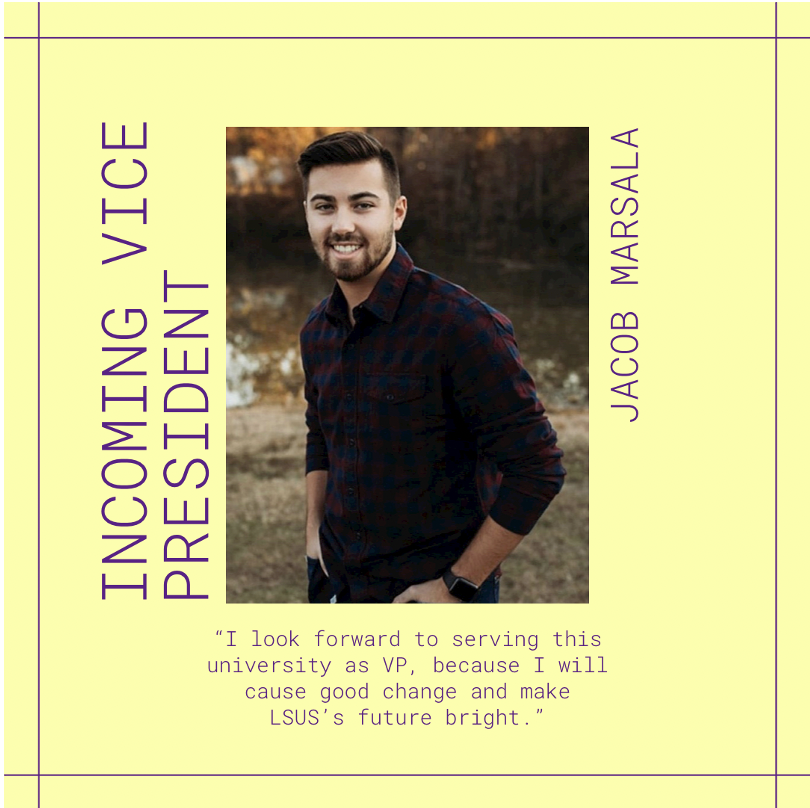 Jacob Marsala is a sophomore majoring in Marketing. Jacob was the captain of his high school baseball team and has carried these aspects of leadership into his college career. While serving as a member of the Student Affairs Committee in SGA, he is also an Orientation Leader, a member of NSLS, and the Secretary of Kappa Sigma. 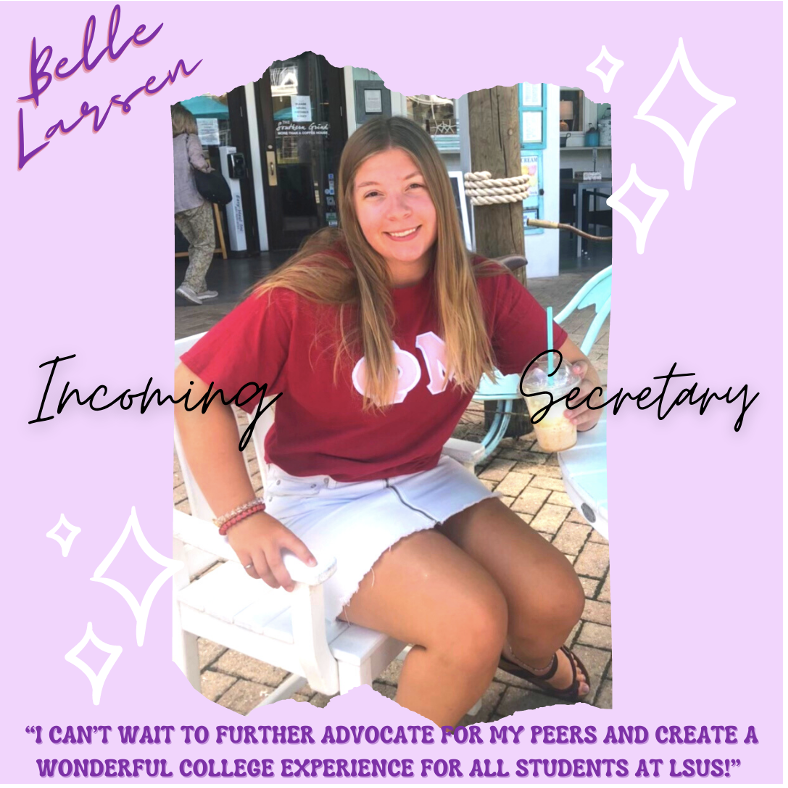 Belle Larsen is a sophomore majoring in Cellular and Molecular Biology. She said she joined SGA to be a voice for the students of LSUS. Belle serves on the SGA Court, and during her time in SGA, she has written a bill passed by the Senate to help improve WiFi connection and technology throughout the LSUS campus. She is also currently involved in Order of Omega and Phi Mu, where she serves on the Executive Board as Secretary. Belle said she cannot wait to lead and represent the university and the student body as 2021-2022 SGA Secretary.

Remember to make your voice heard and VOTE Monday through Wednesday on Moodle for who you want to represent YOU! Every vote matters. Have a great week Pilots!