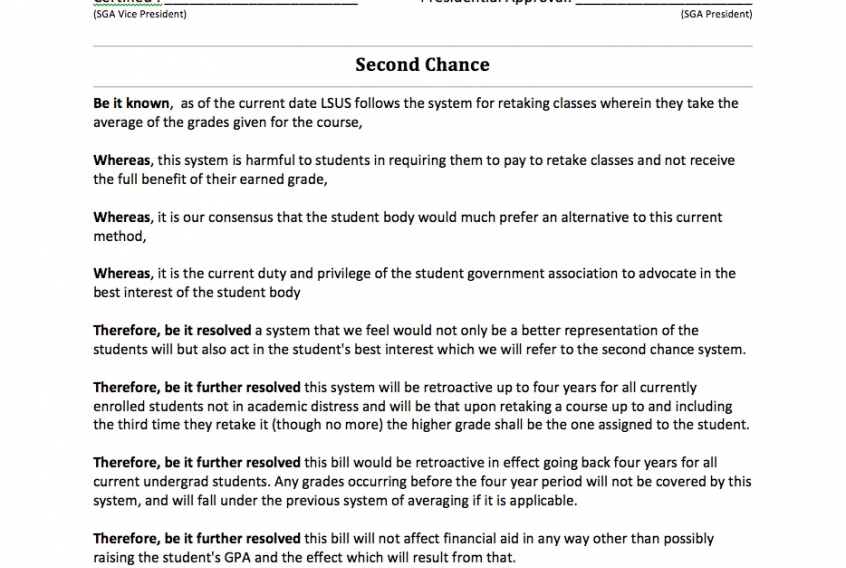 Students may have the chance to receiver the highest grade from courses taken more than once rather than an overall average. LSU Shreveport Student Government Association (SGA) came up with a bill to rectify this matter called “Second Chances”.

Second Chances helps students who retake courses and receive the average of the two applied towards their GPA; the current system forces students to pay for the same class more than once without receiving the higher grade.

SGA Senator James Bohn introduced the bill at an SGA meeting March 13 with concern for the student body.

“This is a problem that throughout my three years people have been consistently complaining about,” Bohn said.

Bohn believes that if the students are not happy, they will not be successful. SGA President Dennis Henderson also believes this bill would be beneficial for all students.

“We have had this type of system in place before, but for some reason it was changed,” Henderson said.

“Delete, Repeat” was a system that took the highest grade counted towards the student’s GPA. Thus, if you repeated a course, you deleted the previous grade. Henderson believes that Bohn’s Senate Bill is of great importance.

“It should be taken under serious consideration by the faculty and administration.” Henderson said.

“It’s the duty of the SGA to hold the best interests of the students in mind and we feel that the current grading system is not that.” Prest said.

The bill has been presented to the SGA Senate and was voted on Monday March 13th.

“It has passed unanimously in the SGA,” Henderson said. 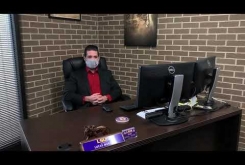