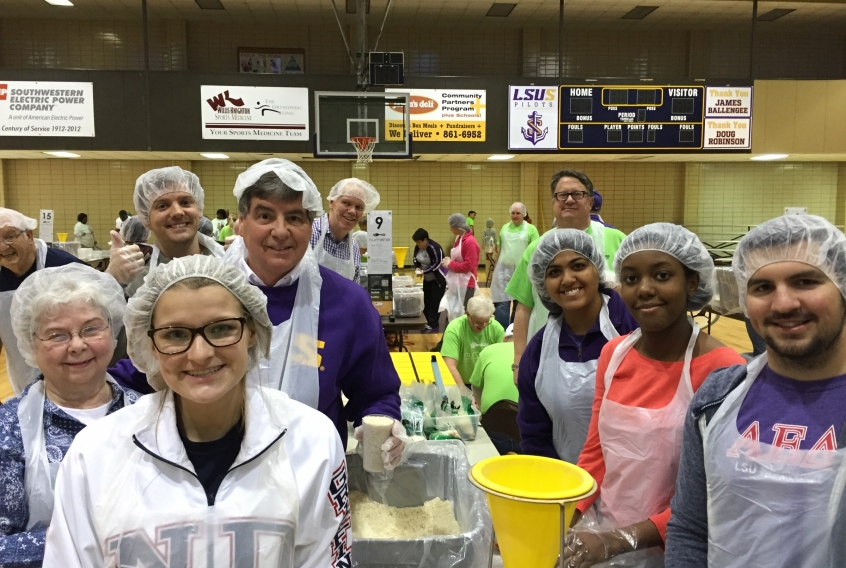 Photo by The Almagest

If there was any question as to how many meals could be purchased with $26,000, the answer was revealed on Martin Luther King Jr. Day. Numana Inc., a nonprofit organization specializing in feeding the hungry, hosted a food packaging event at LSU Shreveport.

Meals consisting of rice and beans were measured, sealed and stored for three and a half hours during the food packaging event.

Numana volunteers city-wide packaged 105,000 meals. Brown confirmed that 64,000 meals were packaged at LSUS and 41,000 at Bossier City Community College. All meals and proceeds were donated to those in need locally and nationwide.

‘KD’ Evans is Having a Ball!

From the LSUS Media Department: With the recent increase in... 2 Dec, 2020