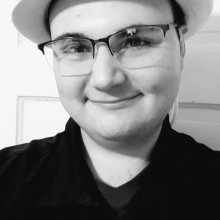 “Water department leaders say they don’t believe the northern portion of the city has been impacted, but are including it in the advisory out of an abundance of caution,” say KSLA reporters Daffney Dawson and Curtis Heyen in a recently published article.

Microbiological testing confirmed no bacteria or contaminants are swimming around, but steps should be taken in order to make sure no one swallows foul water. LSUS’s chief of campus police Donald Wrey sent out an email Wednesday describing how to get around the boil advisory.

“You are encouraged to bring your own bottled water or soft drinks to class tomorrow due to the Shreveport boil advisory currently in effect,” Wrey said. While the Port and other water fountains are closed around campus, vending machines will remain stocked with drinking water.

Editor's note: This story was originally created August 31st. The city-wide boil advisory has since been lifted.