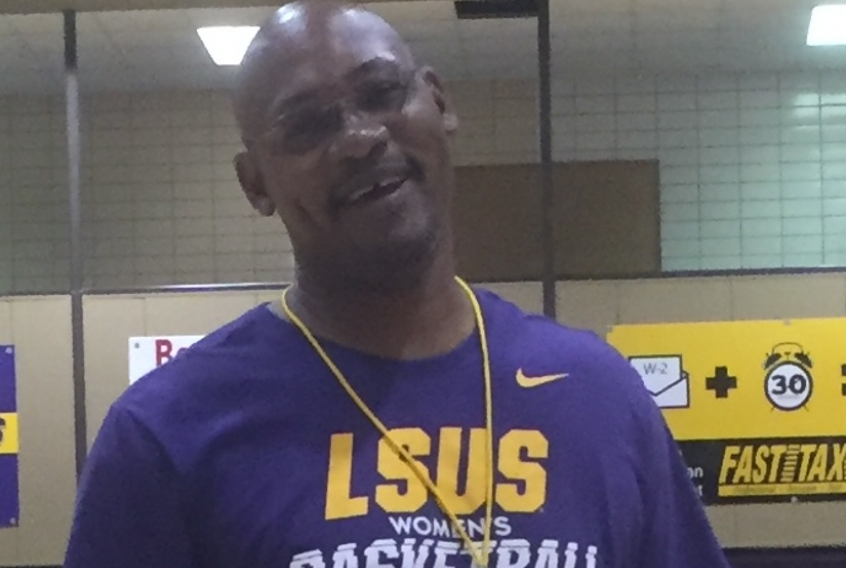 With 19 years of experience as an assistant coach with the Division 1 level, Loyd is ready to put what he has been taught into the success of his own team. With this being his first year he feels that he has the tools to help build a championship team.

“Athletic Director Lucas Morgan saw the same vision as taking the program to a new level- making it a constant place to win championships and help student athletes outside of basketball,” Loyd said.

Loyd is concerned about how LSUS athletes perform on and off the court. Making sure each student athlete obtains a degree is his highest priority.

“My biggest goal is to graduate 100% of my players,” Loyd said. “Academics play a major role along with getting them assistance with their teacher, tutors or study groups.”

Loyd wants to build throughout his team a hard work ethic, confidence, trusting their teammates and being positive role models for the next generations.